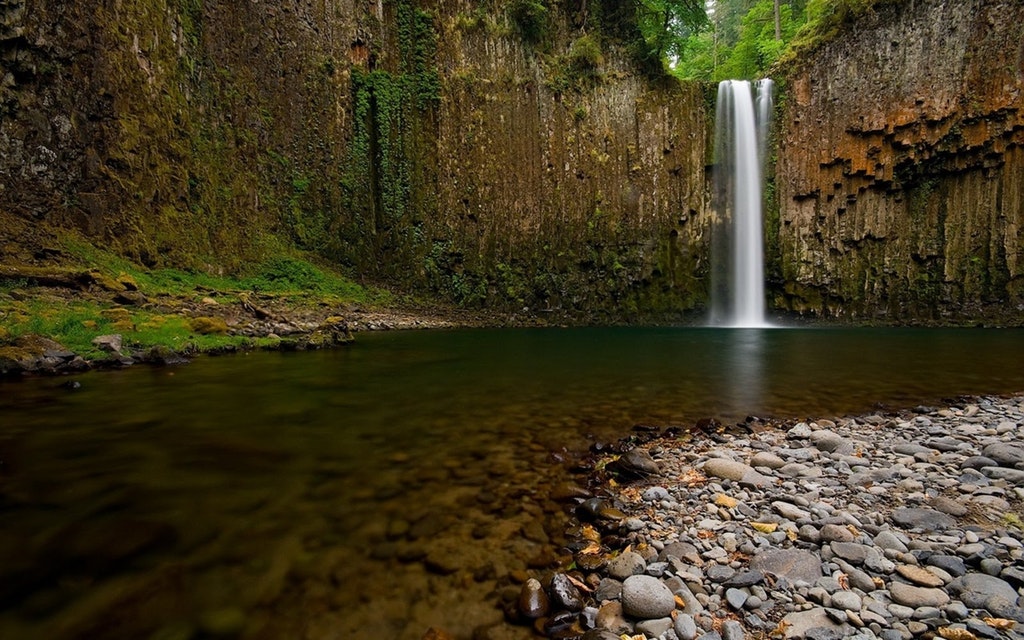 The Pudding River reaches from the foothills of the Western Cascades to the Willamette Valley floodplain. Over 12,000 years ago, glacial activity in the Cascades poured water and sediment into the Willamette Valley, covering the original stream system. In the post-glacial period, this area became warmer and dryer. Oak savannah became the dominant plant community. Traditional food sources like camas bulbs, fish, and game nourished Native people for thousands of years (Orr, 1992).

This basin is the ancestral homeland of the Kalapuya Indians. In the 1840s, much of the Kalapuya’s land was claimed by Euro-American pioneers who came by wagon train. Silverton was established in 1854 followed by many of the neighboring towns. With colonial settlement, forests were logged to create land for agricultural production. Wetlands were converted to farmlands through dredging, clearing, and tilling. Sawmills appeared on every tributary of the Pudding River system. Logs were sent floating down river. Large wetlands and lakes were drained to grow crops like berries, fruits, beans, and grasses. With the fruit crops came cannery operations, which dumped by-products into the rivers. All of these activities changed the water quality and even the shape of the river (Orr, 1992).

The history of logging and agriculture have taken a toll on the ecology of the basin, threatening endemic fish species like the Oregon chub and the Willamette Basin winter steelhead and spring chinook salmon. That is why today, the Pudding River Watershed Council is protecting and restoring important habitats for fish and wildlife. The Pudding River continues to support important native species like the cutthroat trout, pacific lamprey, and western pond turtle (ODFW, 2018). As a community, we can find ways to be better stewards of these precious resources and the local river systems we all rely on.

Our volunteers love what they do! From hands-on work in nature to service as a board member, there are many ways to make an impact.